'How would you pick a restaurant for lunch with Heston? I mean, what does he actually eat?' I had a lunch date with Mark Nicholas, the cricket commentator, and Heston Blumenthal, the scoff boffin, and Mark and I were batting some restaurants backwards and forwards over email, trying to find somewhere...
Read more

Tory grandees, princes in exile and captains of industry pile into Wiltons each weekday at 1pm, filling its booths and tables according to a pecking order as immutable as it is impenetrable. It's a place that's ineffably grand but also joyously unstuffy, where the British menu changes not on the whim of any chef but merely nods to the seasons. If you have to ask for anything during your visit (beyond stating your food and wine order), something is very much amiss.
Read more

A woman swoops past in a snood. I don't mean a cool scarf-thing; I mean the kind of net cage, secured by black velvet, that makes sure an expensively streaked bun doesn't escape into the community. There are chaps in ancient, Wooster-ish tweeds, but also a few characters like the one with Elvis-is...
Read more

When dining, there are occasions that call for a modicum of ceremony, a soupcon of tradition, and in London, there happens to be an institution that has been serving it up in generously apportioned plates since 1742. Wiltons, on St James, boasts origins that predate the American Revolution by over ...
Read more

One of London's oldest restaurants, Wiltons has been host to the great and good for over two and a half centuries When dining, there are occasions that call for a modicum of ceremony, a soupcon of tradition, and in London, there happens to be an institution that has been serving it up in generously...
Read more

Oysters don’t inspire ambivalence; people tend to loathe or love them. Firmly in the latter camp, I was delighted to be invited to the new-look Wilton’s. Established in 1742 as a stall selling oysters, shrimps and cocktails, Wilton’s has moved from Haymarket, to Trafalgar Squa...
Read more 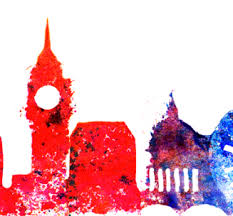 Some Londoners may be very well acquainted with the institution that is Wilton’s on Jermyn Street. Having served up the freshest of oysters and most delicious of seafood since 1742, it’s fair to say the following is loyal. And now having visited ourselves, we can see why it’s been ...
Read more

Wiltons' refurb is the pearl in its oyster Sometimes you want to go where everybody knows your name. Fortunately for London’s great and good, there’s always Wiltons, says William Sitwell. HOLDING BACK THE YEARS Early January, and as I walk through the smart and elegant streets...
Read more

"You can tell the state of the economy by how many tables are taken at Wiltons," Michael Heseltine once quipped, thus exhibiting an aptitude for the off-the-cuff sound bite one wishes today’s sticking-to-the-script politicians could master. But while one may regret the Coalition’s a...
Read more

Wiltons re-opens with new oysters bar menu 30 January 2014 You've got to sit up and take notice when a press release breezily describes a restaurant as 'older than America'. The establishment in question is Wiltons in St James' - a place that began life back in 1742 - a full 34 years before the cr...
Read more

If you want to glimpse a vanishing way of life (and have deep pockets), head for Wiltons. The cossetting service, the classic decor (muted colours and paintings that won't frighten the horses) and the sense of calm are perfect for anyone who finds the 21st century a bit much. It almost doesn't matte...
Read more 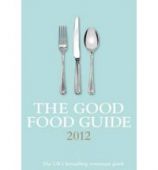 A moment’s respect: we were sad to hear of the death in January 2012 of Patrick Flaherty, Wiltons’ long-serving oyster bar tender, just as he was about to embark on a half-century season at this bastion of St James’ tradition. Wiltons has been looking after the great and good amon...
Read more

Clubbish in location, in looks and for the most part clubbish in clientele, wonderful Wilton's in fact affords a cheerful, courteous welcome to all who show up in properly sober clothes, ready to pay the sobering prices. The best English food (as opposed to the best food in England, which is so gran...
Read more

With a history of selling fish dating back to 1742, Wiltons is totally immune to the vagaries of fashion & fortune. Whatever the financial climate, there will always be takers for market-price lobster & Dover sole – so long as you’re dressed appropriately, in tie & jacket (with very deep...
Read more

"Wiltons is the temple of British cuisine".
Read more