When George William Wilton opened his shellfish-mongers close to Haymarket in 1742, he could have had no idea that his business would still be thriving nearly 275 years later.

In the late 18th century Haymarket was exactly that: a market that sold hay and straw for the horses and livestock of London. There was also a  twice-weekly sheep and cattle market which attracted traders in a great variety of wares including matches, buttons, songbirds, ballads, hot eels, sheep’s trotters and mulled wine.

George’s oysters were a great success with the local traders and, after devoting 28 years of his life to serving, he passed the business on to his son Francis Charles Wilton. The shop stall continued to thrive and grow under Francis’s ownership and in 1805 he left Wiltons to his nephew, William Nichol Wilton. William was married to the daughter of a wealthy street trader, Frances Atkin, whose family were amongst other trades, oyster purveyors. They changed the name to Wilton’s Shellfish Mongers and Oyster Rooms.

Under William’s watchful eye the business grew and by his death in 1824 it was time to move to new premises. His wife Frances moved the Oyster Rooms to Little King Street. When the Crown ordered the street to be widened, they promptly moved on to Great Ryder Street. This Street was also to be widened, so after a short stay, the Oyster Rooms finally settled at 12 Kings Street. By now Frances’s son, Robert Thomas Wilton, had taken over the Oyster Rooms and had secured a licence in 1840 to sell wine and beer on the premises, making it a fully-fledged restaurant. Wiltons was now hugely respected and by 1868 it had received its first Royal Warrant as Purveyor of Oysters to Queen Victoria and also to the Prince of Wales who was a loyal customer.

In 1886 the then owner, Frank Wilton (who was Robert’s second son) died childless and so for the first time the restaurant left the Wilton family. David Edwin Winder bought Wiltons Oyster Rooms in 1889 and moved to larger premises in Duke Street.  In 1913 Wiltons moved back to Kings Street and in 1930 a Mrs Bessie Leal acquired the licence. Bessie ran the restaurant with her two female associates and it continued to remain as popular as ever.

The Second World War, however, took its toll not only on London but also on Bessie. One evening in 1942 Bessie was talking to one of her regular customers, Mr Olaf Hambro, who was dining alone at the bar.  Without warning a bomb, which landed near St James’s Church Piccadilly, shook not only the walls of Wiltons but Bessie’s nerves.  As history has it, Mrs Leal folded her tea towel, unpinned her apron and then proclaimed that she no longer wished to live in London during the War and wished to sell Wiltons.  She asked Mr Hambro if he knew of anybody who would be in a position to purchase the restaurant, to which he calmly replied that ‘he did not know of anybody other than himself’!  A somewhat surprised and relieved Mrs Leal inquired at the end of his meal how he wished to proceed to which he replied “put the restaurant at the end of the bill!” and she did just that!  The following day she packed her bags and left for Cornwall, never to return to her beloved restaurant. 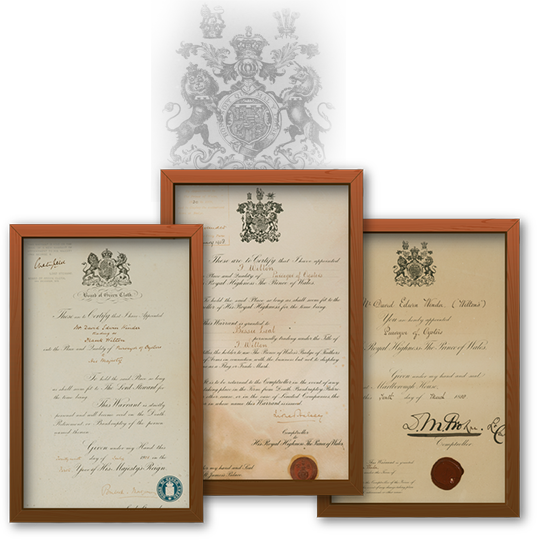 Having not run a restaurant himself, Mr Hambro knew exactly what to do and approached Jimmy Marks who was at that time the Oysterman at Bucks Club, inviting him to join his new venture. Within a week Jimmy was behind the counter at Wiltons supported by his wife and son Peter.

In 1964 the restaurant moved to Bury Street and after exactly 20 years it moved to Jermyn Street in 1984.  There can be no doubt that Jimmy Marks contributed in large part to making Wiltons the world-famous institution it is today. The canny, entertaining, compact and shrewd Jimmy knew exactly how to keep his customers happy and, when needed, in line! He knew his clientele were English aristocrats and foreign dignitaries and, having been raised in part by their nannies, would feel more comfortable if the waitresses were dressed as such!  Requested by Jimmy to treat the customers with a brisk sense of authority these ‘nannies’, in time, gained a fierce reputation; one reputedly even informing a guest ‘I’m not clearing these plates until you’ve finished your greens’.….and she didn’t! It was a conscious attempt to introduce memories of the nursery into a club-like atmosphere, thus combining two great institutions in an Englishman’s life.

In his latter years Mr Marks would rarely stand when a guest arrived, even in the case of royalty and high-ranking politicians, and it was considered a great compliment and achievement if you made it to one of the top tables.

As one famous diner once wrote:

‘It took me twenty years to qualify for a regular booth table. Given another twenty, I may even muster the courage to read the bill from time to time!’

Wiltons today has the same timeless elegance, passion and dedication to excellence it has always had, throughout the centuries!